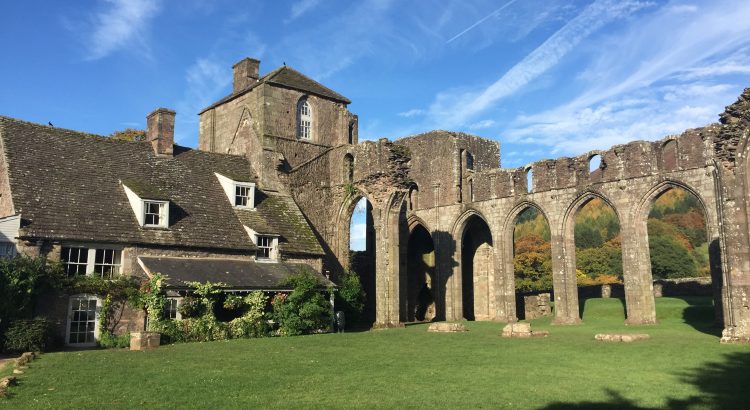 Llanthony Abbey was founded near the site of a 6th century chapel that was originally established by Saint David (hence the Welsh name, Llanddewi Nant Hodni).

Following the Norman invasion of the Welsh borders in the late eleventh century, a knight called William de Lacy discovered the remains of Dewi’s chapel while on a hunting expedition.

He underwent a religious experience and decided to reestablish the chapel as a hermitage. In 1103 he was joined by Emisius, Queen Matilda’s Royal Chaplain, and together they built a small church which was dedicated in 1108 and endowed with lands by William’s uncle, Hugh de Lacy, Lord of Ewyas.

This church became the basis of Llanthony Abbey, the first Augustinian Abbey in Wales. By 1120 the Abbey was built and Emisius was the first Abbot.

The Abbey became a Priory when a later abbot founded Llanthony Secunda in Gloucester and preferred the bright lights of the city to the wilds of the Black Mountains in Wales.

The monastery was destroyed during the Protestant Reformation in the 1530s and the ruins now form an amazingly picturesque frame to the beautiful Black Mountains. The ruins also house a lovely little hotel and pub in the abbot’s old wine cellars.