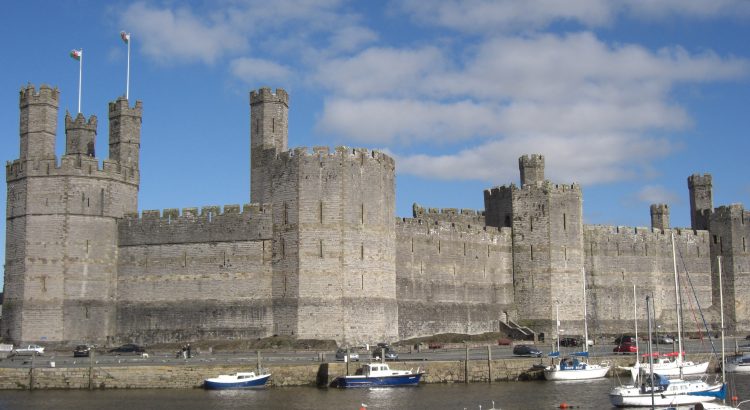 Learn more about the eight major castles built by the English King Edward I as he completed the conquest of Wales in the late thirteenth century.

Wales is a land of castles and some of the most memorable and defining examples are the eight major works constructed by Edward I (1272–1307), the English king who was responsible for the final conquest and subjugation of the country.

Edward was able to build on the achievements of generations of conquerors who came from the lands to the east of the native Welsh, the Anglo-Saxons and – after 1066 – the Anglo-Normans.

The fortifications of the invaders became ever-more sophisticated over time, as perhaps most clearly seen at mighty Caerphilly, the first fully concentric castle to be built in Britain and the second largest castle in the country after Windsor.

Caerphilly was built in the time of Edward, but it was not one of the king’s fortifications. It was constructed in the early 1270s by Gilbert de Clare, the earl of Gloucester and lord of Glamorgan (south-east Wales), as he competed with the Prince of Wales, Llywelyn ap Gruffudd of Gwynedd (north-west Wales).

Llywelyn’s clashes with the marcher lords of Wales, including de Clare, eventually resulted in full-scale war with Edward in 1277, the king initially concentrating on the outlying edges of his rival’s principality, in south, mid and north-east Wales.

As he advanced, the king began to set down permanent roots, revealing an ambition that was probably fuelled by his experiences on crusade in the early 1270s.

In southern France, Italy and the Middle East, he had seen some of the finest examples of medieval fortification and he would apply many of the lessons learned to the lands he conquered in Wales.

The first of his Welsh castles was a reconstruction, Builth Castle having been destroyed by Llywelyn in 1260, as he expanded his principality.

The extent of the existing earthworks limited innovation at the site and Builth would be a very traditional design.

Edward’s other three castles that were started in 1277 – Aberystwyth, Flint and Rhuddlan – were all new constructions, built on greenfield sites.

Each was designed in the modern, concentric style, meaning that the outer defences were overlooked and dominated by a higher, even more formidable defensive ring inside.

Each wall section was treated as an individual defensive barrier that would need considerable effort to overcome, with mural towers projecting from the walls to give the defenders additional offensive options against an attacking force.

Crucially also, Aberystwyth, Flint and Rhuddlan all had direct access to the sea. With England being in total control of the sea lanes, this meant that besieged garrisons could be resupplied and reinforcements brought to them, enabling them to withstand even the most determined attacks.

The names survive of many of the expert builders and engineers associated with Edward’s castles, and the initial work may have been under the overall control of an experienced man who had long been in the king’s service, Master Bertram.

But the person brought in to mastermind the enormous construction programme was the famous Savoyard, Master James of St George.

The king had met him when travelling through Savoy on his return from crusade, Edward being impressed by the new castle that Master James had designed near Lyon, St George de Espéranche.

The master craftsman had long been in the employ of the counts of Savoy, but in 1275 he disappears from their records.

He next appears in English records in April 1278, when he was sent to Wales ‘to ordain the work of the castles there’.

Llywelyn had submitted to Edward in 1277. Although humiliating terms were imposed on the prince, this decision meant that he was left largely untouched in his heartlands, the natural fortress of Snowdonia, sheltered by its high mountains and the mighty Conwy river.

Outside Snowdonia, though, the old lands of his principality had passed to English rule and the harsh exactions of Edward’s colonial officials made future revolt all-but inevitable.

The storm broke throughout Wales in 1282, forcing Edward into another, more challenging Welsh campaign.

His new castles had all been attacked, but only Aberystwyth fell, the others proving important bases in the English recovery.

South, mid and north-east Wales were again the scenes for the early English military activity, but this time the north-west would not be left untouched.

Llywelyn was killed near Builth in December 1282 and, early in 1283, the defences of Snowdonia were breached. Edward’s forces flooded across the Conwy near Llanrwst and also crossed the Menai Straits from Anglesey, using a bridge of boats.

Soon afterwards, the king and Master James began the construction of his famous ‘iron necklace’ of castles, built to choke the independence of Snowdonia – Conwy, Caernarfon and Harlech.

In 1283‒4 about 4,000 carpenters, masons, diggers, carters and quarrymen were employed on these three fortifications, the men drawn from almost every county in England.

The scale was gargantuan and involved the deployment of resources from throughout the king’s realms, including iron and steel from Newcastle-under-Lyme, timber from Liverpool, lead from the Isle of Man and rope from Lincolnshire.

They did their job effectively and – with the native nobility of Wales now all-but entirely eliminated – the castles would serve as the bases for the imposition of English administrative, financial and judicial control of native Wales.

Again the colonial rule would prove harsh and exacting, leading to a further rising in 1294/5 that had a huge measure of popular support throughout the country.

The Welsh resistance was brave, but the revolt lacked established leaders and the English castles gave them control of Wales’ most important strategic points.

By the spring of 1295 the revolt was basically broken and Edward chose its cradle, Anglesey, as the site of his last castle in Wales, Beaumaris.

Many would argue that this was also the finest of his and Master James’ works, but it was never completed and would soon fall into disrepair.

By the time construction began, Beaumaris’ purpose had largely been made redundant, Wales having been crushed by Edward’s efforts.

The cost of Edward’s building programme cannot fully be known, but has been estimated at around £30m in modern money; this would not include garrisoning or other ancillary expenses.

The crippling bill contributed to various financial crises in Edward’s later years that led to disorder in England and frustrated his wider ambitions in Scotland and France.

You can read more about each individual castle of Edward’s on the following pages:

*For more information and a full account of the events mentioned here, my book Edward I’s Conquest of Wales is available from Amazon and other retailers.

And remember that Dragon Tours can help you visit any or all of Edward I’s Welsh castles.