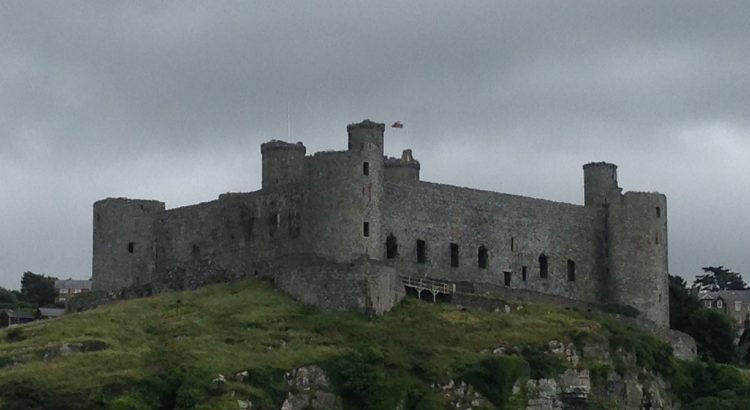 Learn more about Harlech Castle, a World Heritage Site and one of the major fortifications built by King Edward I in his conquest of Wales.

King Edward I began construction of Harlech Castle in early 1283, part of his grand design for the subjugation of western Gwynedd.

Overall responsibility for the project was given to the great Savoyard engineer, Master James of St George, and each was designed to have access to the Irish Sea, ensuring they could be kept supplied and reinforced through any siege by Welsh land forces.

The strategic importance of Harlech is far less obvious than that of Conwy and Caernarfon; it is situated on Tremadog Bay on the west coast of Ardudwy, a little below Traeth Mawr.

Harlech is important in Welsh literature and mythology, being associated with Branwen in the tales of the Mabinogi, but no previous native Welsh fortification has been identified at the castle site or nearby locations.

The construction of such a formidable castle at such a remote location speaks volumes about Edward’s desire to overawe the population of all Gwynedd with his majesty and might.

Perched atop an imposing rock and with direct access to the Irish Sea via a gated, fortified stairway, Harlech was at the cutting edge of military thinking, a concentric design with the huge inner ward defences dominating the outer works.

Both Harlech and the later Beaumaris on Anglesey show the logical conclusion of thinking with regards to concentric fortifications, the development of the keepless castle.

The real defensive strength was in the curtain walls and hugely imposing gatehouses, meaning that there was no need for a classic donjon.

The natural shape of the rock at Harlech meant that the only feasible direction of attack was from the east, and the imposing gatehouse here was protected by a total of seven obstacles, including three portcullises.

As at Conwy, Edward appropriated a nearby hall of his defeated opponent, Prince Llywelyn ap Gruffudd.

The king dismantled the prince’s structure at Ystumgwern, five miles to the south of Harlech, and rebuilt it within the castle walls.

Most of the construction work at Harlech was completed in the period 1285‒7, and the castle would be given a continental twin in 1305 when Master James built Villandraut in the Gironde for Pope Clement V.

The castle played a minor role in the great Welsh rising of 1294–5. The fortification was deep in Welsh-held territory, but it was able to hold out throughout the conflict.

Supplied from the English-controlled Irish Sea, Harlech was a strategic threat behind Welsh lines and a secure base for Edward’s forces to aim for when they completed their recovery campaign.

The castle’s defensive strength failed to save it in 1404, though, when its small, poorly equipped garrison could not hold out against the great Welsh leader, Owain Glyn Dŵr.

He was proclaimed Prince of Wales and used the site as his main residence and military base, holding a parliament there in 1405.

It was eventually recaptured by English forces in 1409, following a lengthy siege which saw the walls battered with heavy cannon fire.

The castle again played a prominent role in the Wars of the Roses when it was held by Lancastrian forces through a seven-year siege, before being taken by the Yorkists in 1468. These events later inspired the song Men of Harlech.

The fortification suffered significantly in the English Civil War and its aftermath, its Royalist garrison eventually ousted by the Parliamentarians in 1647.

And remember that Dragon Tours can help you visit Harlech, or any of Edward I’s other Welsh castles.