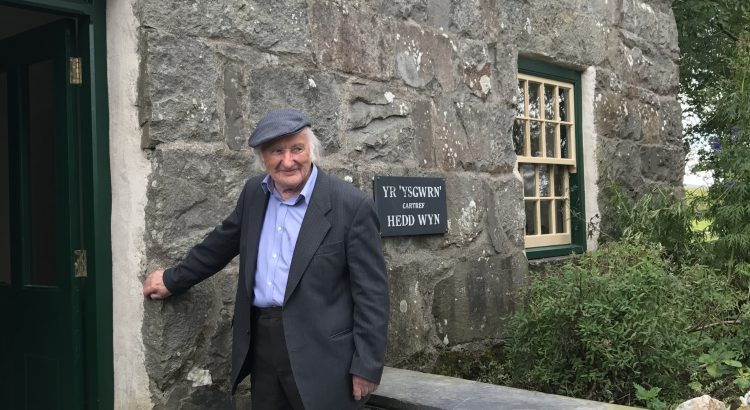 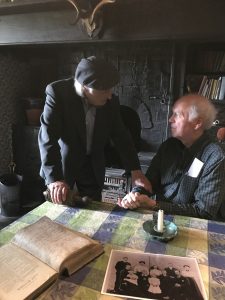 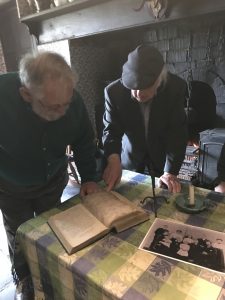 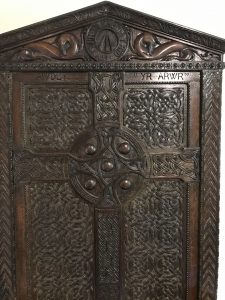 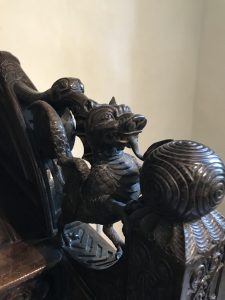 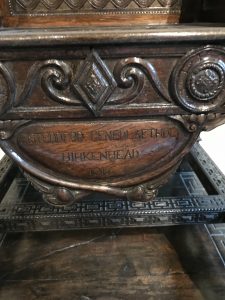 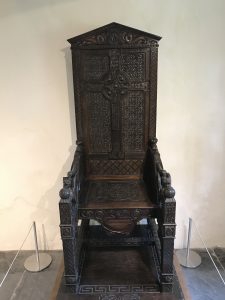 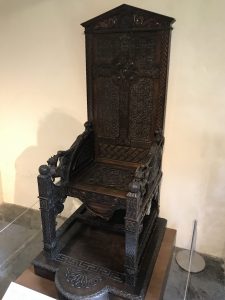 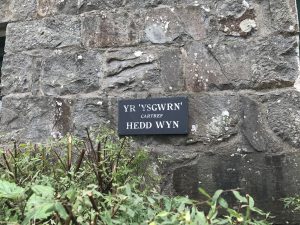 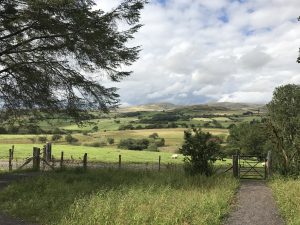 Yr Ysgwrn, near Trawsfynydd was the family home of Ellis Humphrey Evans, a Welsh poet who had the bardic name, Hedd Wyn. He died on the first day of the third battle of Ypres (Passchendaele), 31st July 1917.

Hedd Wyn had won numerous prizes and chairs for his Welsh poetry at Eisteddfodau and had great hopes for his poem, Yr Arwr, that he entered into the 1917 National Eisteddfod, held at Birkenhead, Liverpool. The poem won the chair (first place) at the Eisteddfod, 6 weeks after his death in action. The prized chair was draped in black and was presented to his family. The 1917Eisteddfod became known as ‘Eisteddfod y Gadair Ddu’ (‘The Eisteddfod of the Black Chair).

The family pledged to keep the chair at Yr Ysgwrn and to show it to anyone who wanted to see it. Hedd Wyn’s nephew, Gerald Williams, still lives at the farm and has kept the house just as it was in 1917.

It was a great privilege to meet Gerald and see Y Gadair Ddu on a recent visit to mark the centenary of Hedd Wyn’s death.

Ironically the chair was carved by a Belgian refugee from the war who could have had no idea that the winner of his labours would have been killed in his home land just weeks before the presentation.